In which area do you require a team building venue?:

These are just a few of the towns in the Western Cape where we found suitable venues that we most often use for team building. Should the venues in these towns not be convenient or suitable for your event, we can either find you an alternative venue or you can arrange your own venue and we will come there. 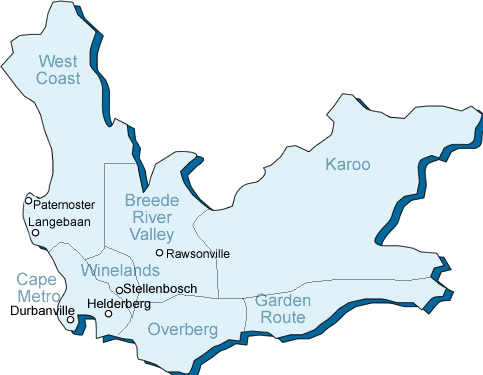 Wherever you find a venue for team building in the Western Cape it is bound to provide beautiful scenery as a backdrop. From the majestic table mountain and sandy beaches of the Cape Town Metro region to the beautiful vineyards of the Winelands, the Western Cape has plenty to offer in terms of natural beauty. Here one does not need to travel far to get a out of town feeling.

Helderberg Farm Team Building Venue in Somerset West
The rustic Helderberg Farm Team Building Venue is situated 1km off the R44 on the Klein Helderberg Rd, 4,5km from the N2, at the foot of the Helderberg Mountain, between Stellenbosch and the Somerset West in the Western Cape. The venue is conveniently located only 45km from Cape Town International Airport, 5km from Somerset Mall and 12km from Stellenbosch. Somerset West, Strand (Melkbaai Beach) and Gordon’s Bay (Bikini Beach) are all within the 15km range. Helderberg Farm offers a traditional South African charm as well as a friendly atmosphere in which to enjoy your team building event. The current owners are fifth generation of Hendrikz/Obermeyer family to have lived and farmed in the unique Boland Winelands...