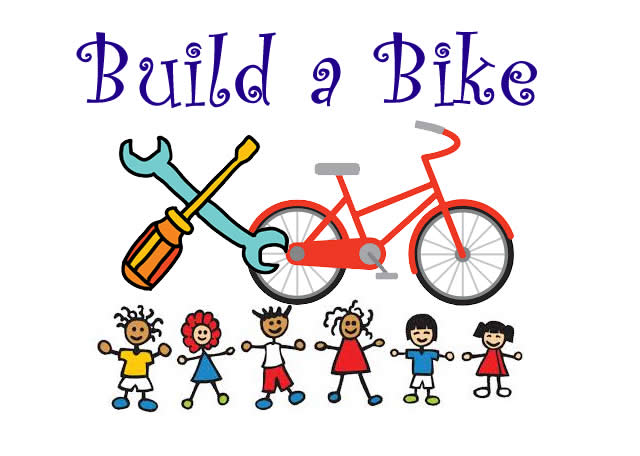 The Build a Bike Charity Team Building Activity will see your team pool their resources together to build bicycles, knowing they will put a smile on a child’s face.

Most people remember riding bikes as children and it is this common sentiment that enables teams to immediately sync with the purpose of this charitable team building activity. This Build a Bike activity is not your typical bicycle building team event. TBAE will ensure that your team not only connect with children in the local community, but that they also end the day with some tangible, workplace-ready team building skills. The impact of this charity team building activity comes not only from fulfilling your company’s social responsibility, but also from the participants knowing they improved themselves and the team. Team members will come away with a better sense of how to work together as a team.

Building the bicycles is a team effort, with each team member bringing their own talents to the process. One of the outcomes of this charity activity is an appreciation of the variety of styles each team member brings to the table. Another area of focus in this activity is the management of limited resources. Each Build a Bike team building event is unique and it will help your group develop as a team with tangible skills worked into the entire activity.

Teams will not just be building bikes, but earning parts and tools by solving problems and overcoming obstacles. Part by part, and tool by tool, all the materials required to build the bike is eventually gained through teamwork. At the end of the day, when all the bicycles are completed and the children are ready to receive their bikes, your team will have developed a deeper camaraderie, better teamwork skills, and an appreciation for everyone’s contributions.

Le Pommier Wine Estate Team Building Venue in Stellenbosch, Cape Town
Le Pommier Restaurant with its distinctive French name, is a reminder that the part of the farm on which it stands was once a flourishing apple orchard. Nestled amongst the vineyards at the foot of the Simonsberg, the setting offers a Banhoek country cuisine Restaurant with glorious mountain views.

Erinvale Estate Hotel Team Building Venue in Somerset West
Erinvale Estate Hotel & Spa has a rich history dating back to the 1700’s when the original Cape Dutch style farmstead was built. Over the years a gradual transformation occurred and today Erinvale is one of the most well-known hotels in Somerset West. When the hotel was established in 1994, the unique heritage of the property was carefully preserved and still today this truly magnificent Somerset West hotel is an ever popular destination for local and foreign visitors alike.